Robot drumming machine with a Wiimote 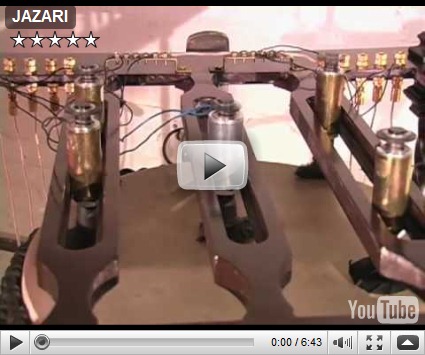 A musician has harnessed the power of two Nintendo Wiimotes to become a cyborg percussionist with the robo-band Jazari. His playing of one drum machine can evoke an automated response from another, so that he can go around the drum circle in a beautiful display of human-robot improvisation.

The man behind the machine, Patrick Flanagan, is a composer who cites music theory, music cognition, and machine learning as the three “chin-stroking disciplines” that influence his work. He created Jazari with a nod to Al-Jazari, a polymath of the Arab world in the 13th century who supposedly created the world’s first robot band.

check my site for more info